My name is Vítor Tavares Mendes and I was born in a poor ghetto Pedreira Dos Hungaros in Lisbon, Portugal to Cape Verdean parents. When I was 22, I have moved to London, where I lived for 8 years. It was there, where I started using my dancing styles as a motivational tool for a very diverse young audience.

In 2002 in London, I completed a course in contemporary dance and began teaching Capoeira and traditional African dances as follow up on my first dancing steps in Portugal. I gradually enriched and implemented my own style under the influence of other dances and rhythms such as Kizomba, Coupe décalé, Kuduro, contemporary, RnB, hip hop and Ghetto Zouk.

In 2010 I moved to Prague, started a family and continued my dancing journey professionally. Some of my public appearances became an eye-opener to many; it wasn’t just my dancing, also the cultural background of my style. Some examples of this would include performances at ABC and D21 Theatres. Some TV work at “Cesky Lev” film awards, on TV Nova or on Slovak Markíza. Similarly, different press publications have covered my work; like the newspaper “Mlada Fronta Dnes“ and various magazines like “Dieta“, “Lide a Zeme“ and “Tema“.

Whilst doing this I never lost sight of my roots and their influence on my work and as an individual. Because of this, I took the task to promote our Portuguese-Afro-Hispanic culture and organized various cultural events. One of my biggest successes was the multicultural festival “Afro-Bailar“, which was held in Prague and Bratislava for four consecutive years (2010 – 2014).

In 2012 I started teaching Kizomba and since then I have traveled to and taught in more than 47 cities.

In 2013 I became a certified Fitness instructor. I provide a unique approach to fitness for women and men of all ages, abilities, and shapes.

Since 2015 I have dedicated a big part of my professional time to the creation and development of Ghetto Zouk Dance. I can say GZD is nowadays a successful dancing method which tries to satisfy the need for a dance that Ghetto Zouk music has implicitly been encouraging and inspiring for years.

In 2018 I got back to my roots and started to write new songs for my new music album which reflects on my life and my previous experiences.

Sports, fitness, and dance represent who I am and have always accompanied me in life. Alongside with my professional dancing history in teaching and choreographing I’ve been working as a personal trainer for 4 years. I still learn from my day to day experience with my students and clients and take pride in sharing my knowledge with them. I believe life is an unstoppable learning curve.

Dancing has been my passion for many years. Dancing is a therapy of expression. The movement and the interpretative side of the dance can definitely complement and benefit the motor as well as the emotional body functions. Dancing can also allow you to reach a point of harmony and discovery of any hidden identities. Besides this, it has an incredible ability to release stress, vent emotions and moreover make one enjoy a nice dose of endorphins.

Through dance, I see limitless possibilities of music interpretation, self-expression and connection with a dance partner. Ghetto Zouk Dance and Kizomba are couple dances, therefore, communication is pivotal, connection and assurance, not only in yourself but also in your dance partner. We read our dance partner’s intentions through their choices of movement. It is what many see as the perfect phenomenal form of nonverbal communication, regardless of what language we speak. Everyone can dance, one simply has to let go and choose to embrace the joy of movement.

So, what is so unique and perhaps impossible to better about dancing? Personally, when I see people of different nationalities, cultural backgrounds, different shapes and dancing abilities and different ages… all coming to my lessons to gather in common ground to share a common passion, a love for dancing. 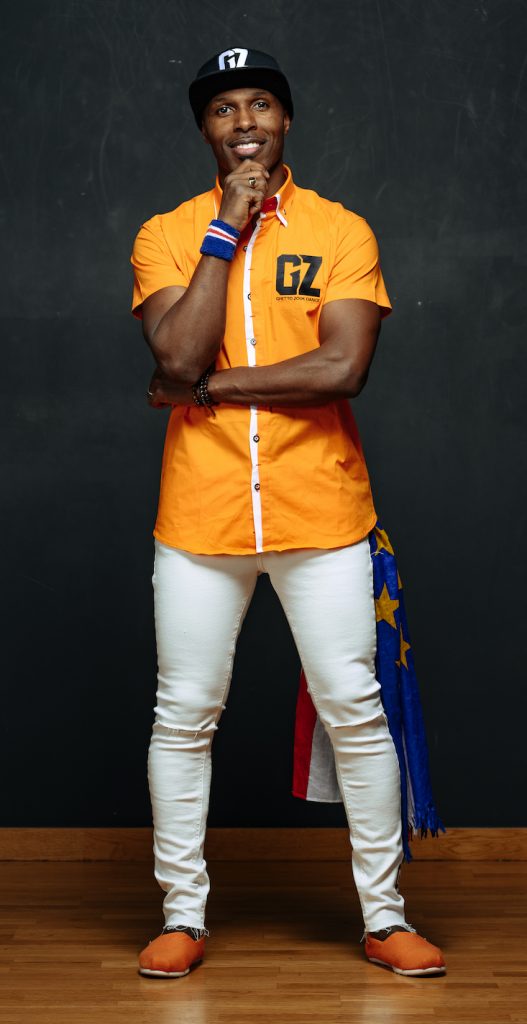 My name is Tereza Tavares Mendes, I was born in Pardubice in Czech/Greek family and I grew up in Prague.

Between 2000 and 2009 I worked as a Customer service manager in telecomunication company Advantel.

Between 2008 and 2015 I co-owend and represented an American fashion brand APB Clothing in the Czech Republic and Great Britain.

In 2010 I co-founded and co-organised a successful multicultural dance festival Afro-Bailar in Prague until 2014.

In 2012 I co-founded another 2 successful brands Afro-Fitness and Kizomba Prague and from the same year, I am also a manager of my husband Vitor Tavares Mendes.

Since 2018 until now I work as Administrator of web portals.

For many years I work in online marketing, presentation, promotional materials, and graphic design. I organize cultural events, dance parties, and workshops.

If you have always dreamed of dancing, or want a f

Lots of music, dance and family atmosphere right i

You will love our brand new GZD drawstring bag! It

It takes a lot of effort and energy to start somet